I looked for songs that had lyrics like “All the lights are on in the house because dark corners are sad” and “I have so much cheese in my refrigerator” but there aren’t any that I know of. Also, here’s a pic of Bix. 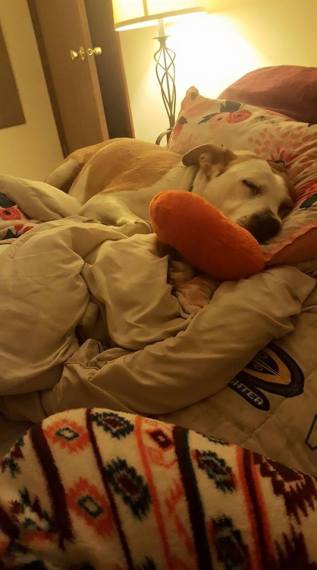 Random songs that hit me in my grief. And you know, I am not a music nerd. But shit, these tunes are in my head all the time. It’s been one month exactly since Adam died.

The Smile Has Left Your Eyes by Asia (yeah, 80s friends, bet you haven’t heard this one in awhile!)

Horses are Faster by Ian Munsick

Texas Morning by Mike Nesmith (was one of my songs with Dad, so it’s hitting me now)

Of You by the Monkees (written by Nez) … because this song was a private love song I had for Adam in my head all the time. I never told him that.

Carlisle Wheeling (Conversations) by Mike Nesmith (this song is about real relationships … the middle, which I think is way better than the beginning)

Can you tell I go to Nez in sadness? Because he’s a genius.

“Forgive me my dear, if I seem preoccupied, if the razor edge of youth-filled love is gone. But we’re a both a little older, our relationship has grown, not just in how it’s shaped but how it’s shown.”